The exhibition Unbuilt. Visions for a New Society 1986 – 1994 took place at the Museum of Estonian Architecture in spring 2015. It was the first attempt at mapping out Estonia’s transition-era architectural scene: what kind of spatial solutions were offered for building up a society completely based on new principles? Was the radical openness characteristic of interregnum echoed in the unbuilt architectural projects? What was the position of the architect in the changes taking place? Can critical stances be found in transition-era architecture, or does it just give shape to the concurrent liberal and conservative yearnings that broke out with the changes? In architecture as a field strongly tied to socio-economic conditions, there are phenomena and qualities that specifically reflect the condition of interregnum, the period starting in 1986, when Mikhail Gorbachev declared perestroika at the 27th Congress of the CPSU, and lasting until 1994, when the last Soviet troops left Estonia. The transition from one social formation to another was not clear-cut but rather manifested as a fluid and hazy process – forms and practices characteristic of late Soviet postmodernism existed side by side with approaches that were affirmed in built architecture only towards the late 1990s.

The initial goal was to gain an overview of what project materials had been preserved in original form. But as the volume of architectural production at that time was immense, the selection presented in the exhibition could be regarded as an initial mid-summary rather than an exhaustive overview. Focus was directed towards topics in which the questions that were raised draw lines the most vividly. As such, consciously left out of the exhibition are for example everything related to dwellings and a shift in living styles. A plethora of smaller Estonian urban design projects likewise did not fit into the exhibition. These comprised city-centre plans, new hotels, as well as business- and cultural centres that generally repeat the tendencies of the larger cities. In the case of competitions, an effort was been made to display as many different works as possible in order to demonstrate the abundance of options on the table. The most random and difficult-to-map part of the exhibition was the range of projects drafted by Estonian architects for sites abroad:  the    selection’s criterion was to display the sudden expansion of the field of activity at that moment, but also touch upon the question of dialogue with the unknown. In any case, the architectural visions of the transition era strongly influenced later ideals, positions, and goals. 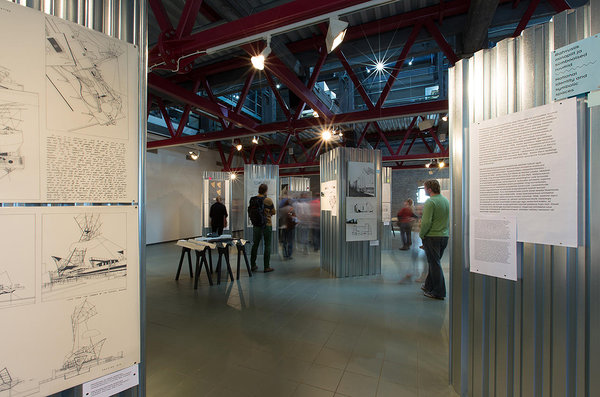 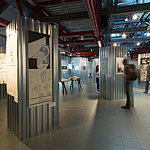