Gas Pipe was the Estonian exhibition at the 11th Venice Architecture Biennial in 2008. The project addressed various issues of the contemporary spatial  and political organization and developments in landscape in the form of a large-scale installation in the Giardini park. Along one of the main pedestrian avenues, in between the pavilions of Russia and Germany, a 60m section of real scale elevated gas pipe was erected. The project was inspired by a      controversial enterprise of Nord Stream, a Gazprom initiative to build a direct gas pipe from Russia to Germany. The initial project of Nord Stream to build the pipeline into the Baltic Sea had been widely contested from ecological as well as geopolitical positions; at the time of preparing for the biennale, the outcome was still not clear.

The aim of the installation was primarily to raise questions and frame problems concerning mechanisms determining the   contemporary physical environment, highlighting the spatial dimension of politics and the political dimension of architecture. It also addressed the     reality of contemporary landscape more and more defined by large-scale   infrastructure and intermingling of the technological and the natural, as well as touching issues like the future of energy, the construction of notions of beauty and ugliness, etc. In spite of the biennial and similar institutions and events, presenting the Sunday side of architecture, the reality of the environment surrounding us depends on a lot of other factors beside the creative intentions of the architect such as economic objectives, political decisions and deals, various norms, standards and regulations. Thus the installation also commented on the architect's position and role in relation to power.
At the same time, the installation worked as a powerful piece of public space sculpture in itself, confronting the viewer unexpectedly as a tangible,           inescapable and massive real thing, inviting numerous multi-layered interpretations. 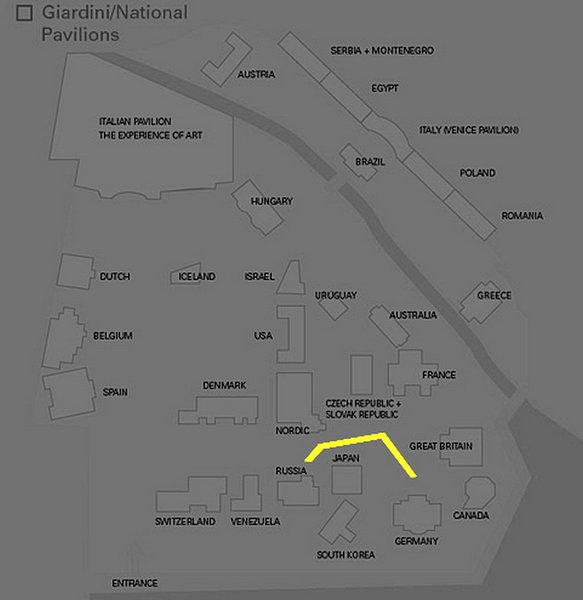 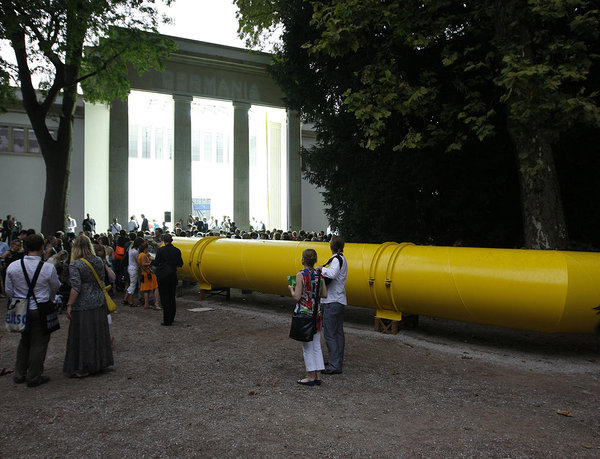 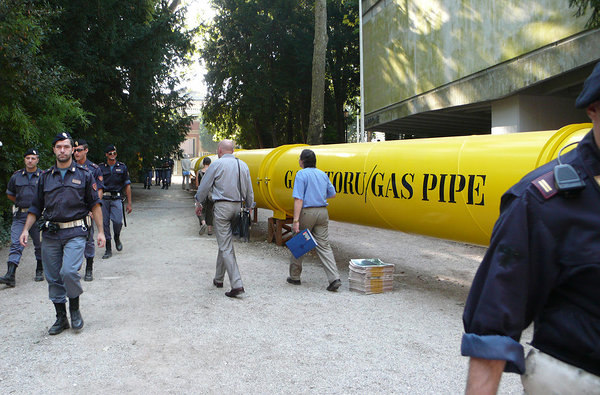